The fib is delighted to celebrate its 20th anniversary! The fib would like to thank all its members – national, corporate and individual – for the invaluable participation in the work of the fib. 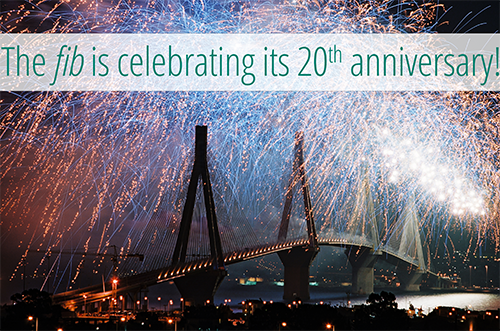 In 1998, the deciding bodies of the CEB and the FIP decided to merge their organisations in order to create the fib. The merge effectively took place on 28th May 1998, on the last day of the XIII FIP Congress in Amsterdam.