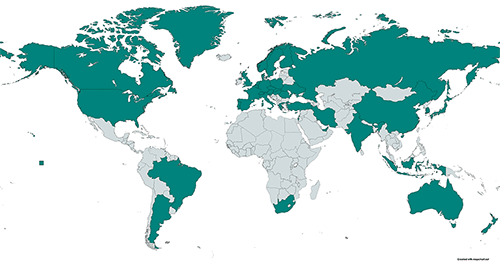 The 41 national groups, also referred to as statutory members, form the foundation of the fib.  These groups act as important forums for expertise, technical advances and information sharing in their respective countries among participants from government, academia, institutes and industry who are active in the field of civil engineering, concrete construction and concrete materials and technology.

National groups may be composed of one or more existing national associations or may be an independent group of various entities active in the field. Every national group is represented in the general assembly by its national delegation, made up of its nominated delegates and their designated deputies.

Subscription rates vary and the level chosen will determine the influence an NMG has in the general assembly, based on the number of votes each rate category allocates.  All national groups have one vote in the technical council.