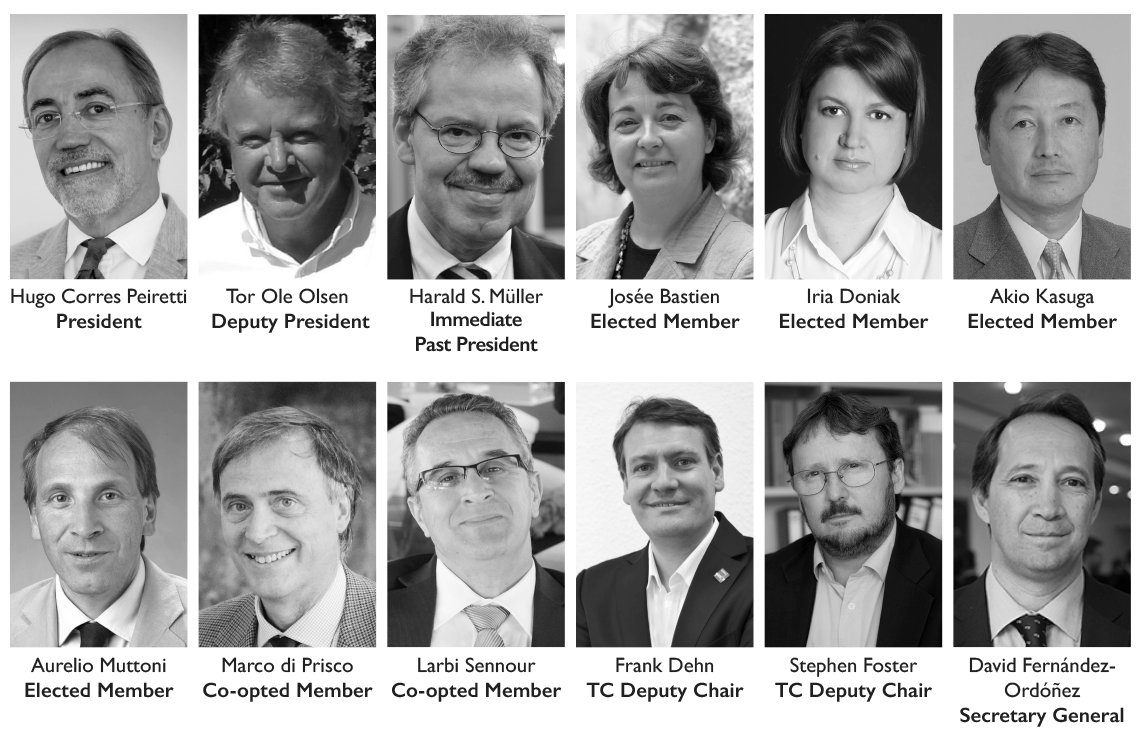 The fib is pleased to present its new Presidium members.

Prof Hugo Corres Peiretti (Spain) of FHECOR Ingenieros Consultores will be president of the fib from 1 January 2017 to 31 December 2018.

The immediate past president until December 2018 is Prof Harald S. Müller (Germany) of the Karlsruhe Institute of Technology.

The co-opted members for a period of two years are Prof Marco di Prisco (Italy) of the Politecnico di Milano, and Mr Larbi Sennour (USA) of The Consulting Engineers Gr., Inc.

Prof Frank Dehn (Germany) of MFPA Leipzig GmbH, and Prof Stephen Foster of the University of South Wales, Australia are the Deputy Chairs of the Technical Council until 31 December 2018.

The fib would like to thank Mr Gordon Clark of Ramboll for his dedication as Immediate Past President and for his present commitment with the fib as Commission 10 “Model Codes” Chairperson.