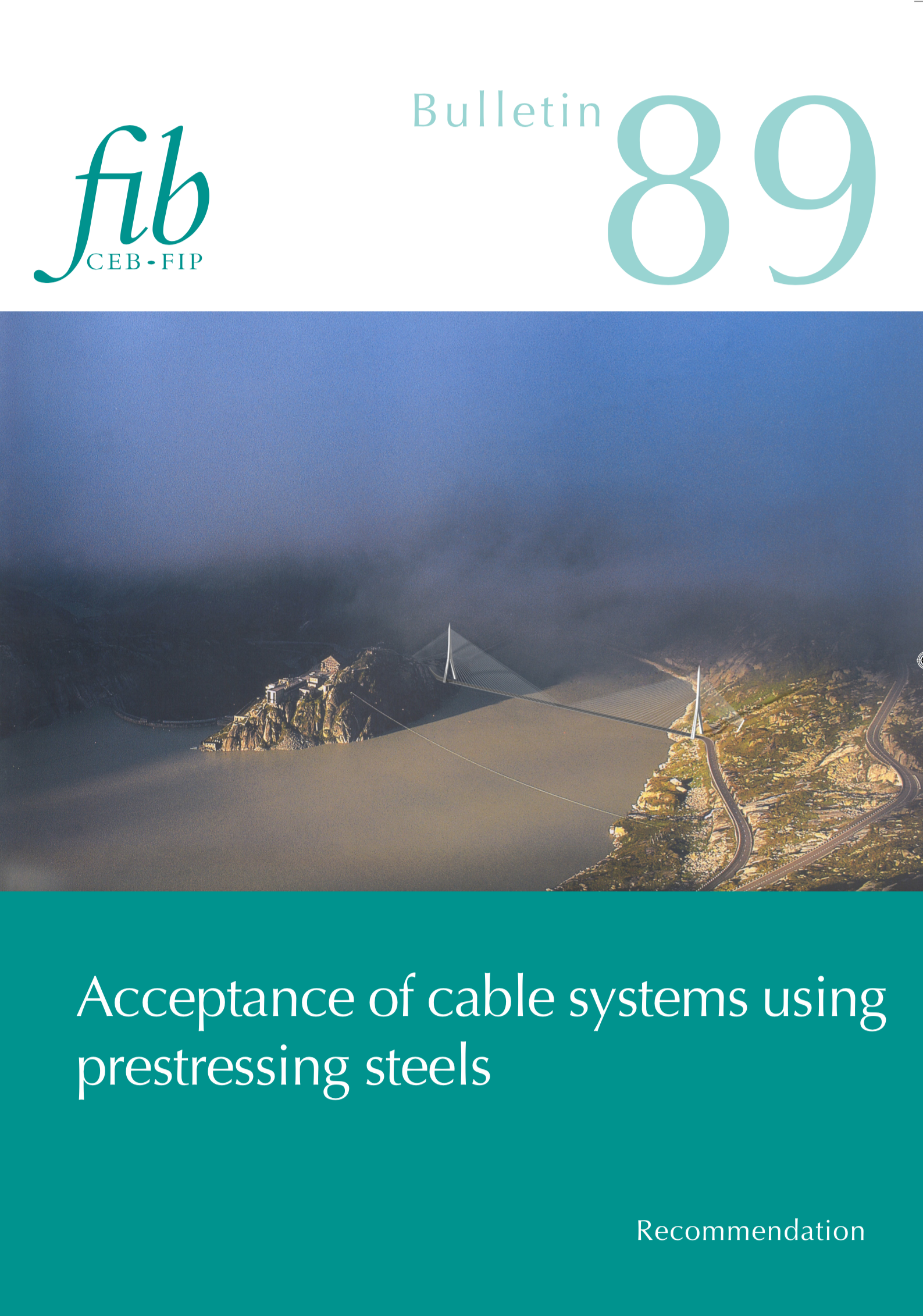 Cable-stayed structures have become increasingly popular over the last 30 years and have been used in all parts of the world. Modern cable-stayed bridges have a history of over 50-years and have been constructed with span lengths ranging from 15 m to over 1000 m. Many long span cable-stayed bridges have been built for railway and highway traffic applications. Stay cables have also been used on pedestrian structures, many of which are architecturally striking and have become landmark structures. There is growing use in building structures, particularly for cable-supported roofs.

The first edition of these fib recommendations was published as fib Bulletin 30 in 2005 and was the first specification published by fib for stay cable systems. This new bulletin has been updated based on Bulletin 30 with the aim to reflect the current state of the art and encompass the latest knowledge in cable systems. In addition, it has been the aspiration of Commission 5 and Task Group 5.5 to harmonize the guidance in this updated bulletin with other stay cable recommendations from around the world, including those from Europe, Japan and the USA.

This new bulletin is intended to supersede and replace fib Bulletin 30. It is recommended that it be used in lieu of fib Bulletin 30 for all future cable supported applications.

The updated bulletin introduces several significant enhancements to the specifications:

Other revisions have been made to reflect the current state of practice:

I would like to express my sincere thanks to Dr. Antonio Caballero and Professor Hiroshi Mutsuyoshi, co-convenors of Task Group TG5.5, and to Werner Brand, TG5.5 secretary, for their leadership in this effort. I would also like to acknowledge the contributions of all the members of Task Group 5.5 whose dedication and hard work made this important standard possible. I also express my appreciation to the several experts who have dedicated significant time to review and improve these recommendations, in particular Dr. Hans-Rudolf Ganz and Mr. Gordon Clark.