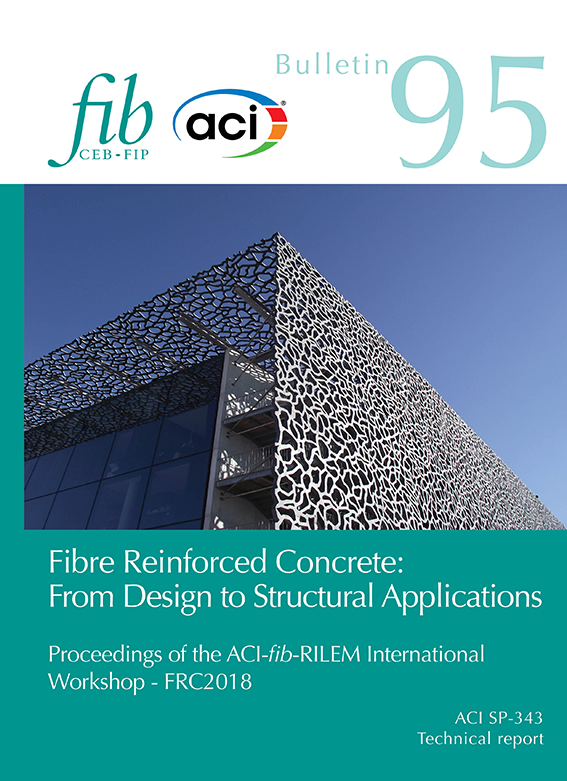 The first international FRC workshop supported by RILEM and ACI was held in Bergamo (Italy) in 2004. At that time, a lack of specific building codes and standards was identified as the main inhibitor to the application of this technology in engineering practice. The workshop aim was placed on the identification of applications, guidelines, and research needs in order for this advanced technology to be transferred to professional practice.

The second international FRC workshop, held in Montreal (Canada) in 2014, was the first ACI-fib joint technical event. Many of the objectives identified in 2004 had been achieved by various groups of researchers who shared a common interest in extending the application of FRC materials into the realm of structural engineering and design. The aim of the workshop was to provide the State-of-the-Art on the recent progress that had been made in term of specifications and actual applications for buildings, underground structures, and bridge projects worldwide.

The rapid development of codes, the introduction of new materials and the growing interest of the construction industry suggested presenting this forum at closer intervals. In this context, the third international FRC workshop was held in Desenzano (Italy), four years after Montreal. In this first ACI-fib-RILEM joint technical event, the maturity gained through the recent technological developments and large-scale applications were used to show the acceptability of the concrete design using various fibre compositions.

The growing interests of civil infrastructure owners in ultra-high-performance fibre-reinforced concrete (UHPFRC) and synthetic fibres in structural applications bring new challenges in terms of concrete technology and design recommendations. In such a short period of time, we have witnessed the proliferation of the use of fibres as structural reinforcement in various applications such as industrial floors, elevated slabs, precast tunnel lining sections, foundations, as well as bridge decks. We are now moving towards addressing many durability-based design requirements by the use of fibres, as well as the general serviceability-based design. However, the possibility of having a residual tensile strength after cracking of the concrete matrix requires a new conceptual approach for a proper design of FRC structural elements.

With such a perspective in mind, the aim of FRC2018 workshop was to provide the State-of-the-Art on the recent progress in terms of specifications development, actual applications, and to expose users and researchers to the challenges in the design and construction of a wide variety of structural applications.

Considering that at the time of the first workshop, in 2004, no structural codes were available on FRC, we have to recognize the enormous work done by researchers all over the world, who have presented at many FRC events, and convinced code bodies to include FRC among the reliable alternatives for structural applications. This will allow engineers to increasingly utilize FRC with confidence for designing safe and durable structures.

Many presentations also clearly showed that FRC is a promising material for efficient rehabilitation of existing infrastructure in a broad spectrum of repair applications. These cases range from sustained gravity loads to harsh environmental conditions and seismic applications, which are some of the broadest ranges of applications in Civil Engineering.

The workshop was attended by researchers, designers, owner and government representatives as well as participants from the construction and fibre industries. The presence of people with different expertise provided a unique opportunity to share knowledge and promote collaborative efforts. These interactions are essential for the common goal of making better and sustainable constructions in the near future.

The workshop was attended by about 150 participants coming from 30 countries. Researchers from all the continents participated in the workshop, including 24 Ph.D. students, who brought their enthusiasm in FRC structural applications.

For this reason, the workshop Co-chairs sincerely thank all the enterprises that sponsored this event. They also extend their appreciation for the support provided by the industry over the last 30 years which allowed research centers to study FRC materials and their properties, and develop applications to making its use more routine and accepted throughout the world. Their important contribution has been essential for moving the knowledge base forward.

Finally, we appreciate the enormous support received from all three sponsoring organizations of ACI, fib and Rilem and look forward to paving the path for future collaborations in various areas of common interest so that the developmental work and implementation of new specifications and design procedures can be expedited internationally.